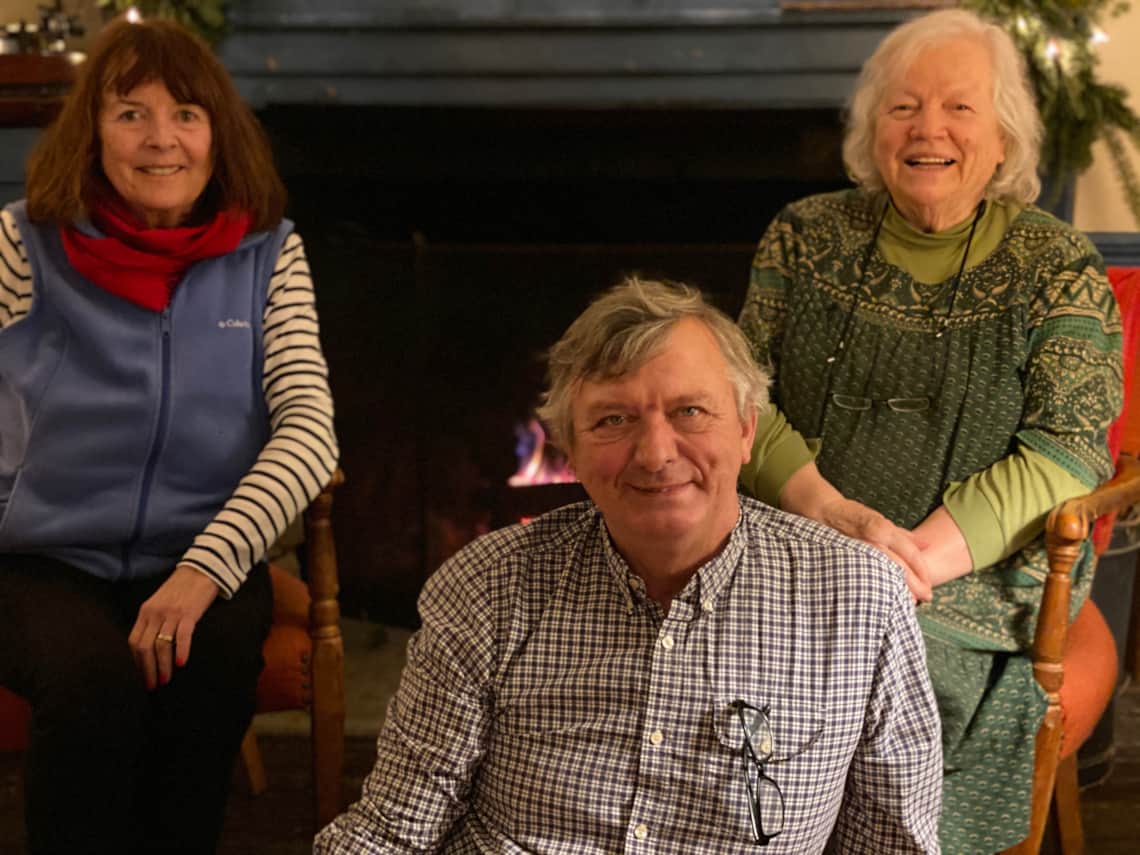 From left: Robyn and Jeff Skramstad and Jean Boardman.

The Whetstone, an adjoining church, a town meeting house — models of colonial architecture — and a post office, of latter day, but harmonious, construction... these are the village of Marlboro. Together, they lie a secluded half-mile off the highway that traverses Vermont between Brattleboro and Bennington.

The Whetstone began life, some 220 years ago, as a tavern, serving its own community and the stage coach traveler. The stage coach is gone. But the appeal of country inns, nourished by such as the Whetstone, endures.

And the Whetstone possesses much that such an inn should: a warm welcome; good food; charm; living and dining rooms with open fires; spacious and cheerful bedrooms which look out upon amply meadowed and forested grounds that are wrapped around by Vermont hills and foliage. These, the white birches and pine trees which border it, the Inn and church, all are reflected in a pond that lies just beyond the Inn doors, enhancing summer enjoyments and affording winter skating, until the snows bury it, bringing time for cross-country skiing.

Harry and Jean Boardman had no idea what they were getting into when they bought the inn as a "retirement" occupation nearly 40 years ago. Prior to running the inn, Harry served as Secretary General of the Council on Biology in Human Affairs at the Salk Institute and before that as Director of Meeting for the Council on Foreign Relations and as Assistant Provost of Columbia University. Jean had pursued a career in linguistics, having worked both at Columbia and at UNESCO in Paris.

Harry and Jean raised their two children, Hamilton and Brook, at the inn, and though they have since fled to more urban environments, they still visit often and the inn remains a family affair.

Harry passed away in 2009. You can read more about his life here. Since then, Jean has kept the inn running with occasional help from her sons. In 2019, Jean's step-daughter Robyn, and Robyn's husband Jeff, moved to Marlboro and have joined Jean as your hosts at the Whetstone.

Loading...
Upps!
You're running a web browser we don't fully support. Please upgrade it for a better experience.
Our site works best with Google Chrome.
How to upgrade the browser